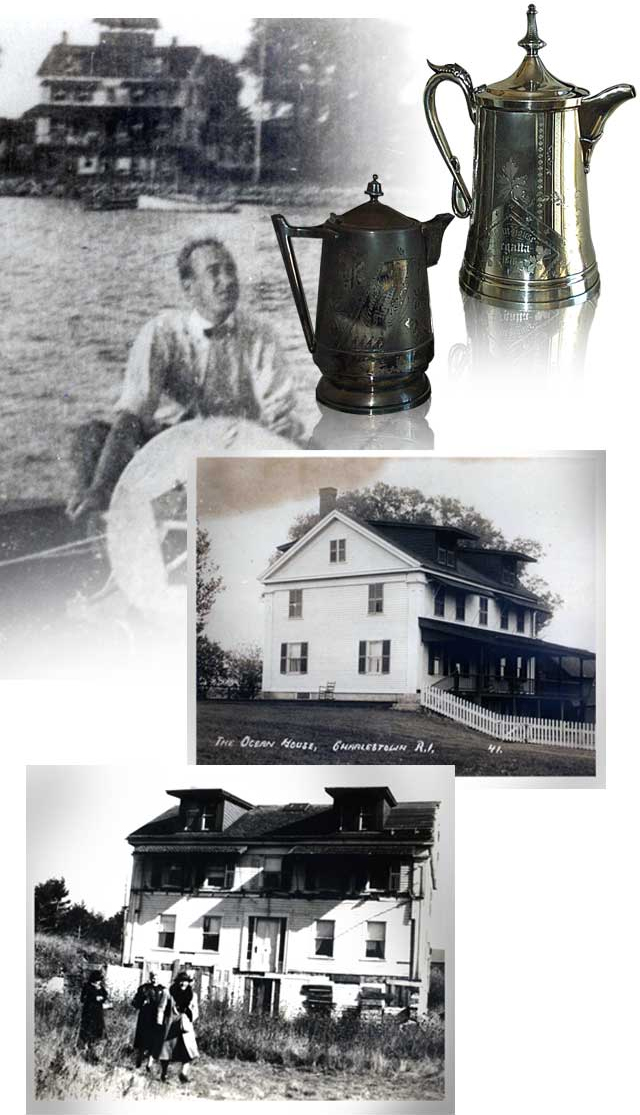 The Ocean House Marina is named after the 161-year-old building on the property. The “Ocean House” was built in 1848 by brothers James and George Ward. One of Its first purposes was to serve as a meeting hall for the village of Cross Mills, in Charlestown, RI.

The village, dating back to the 1600’s, was first settled by the Cross family, and is situated on the “Old Kings Highway,” also known as the Old Post Road that ran from New York to Boston. The Ocean House, situated some 500 feet south of the main village intersection, is located on the Charlestown Pond, which was known originally as Pawaget or Ninigret Pond, and named after the famous Ninigret Indian Sachem.

In the late 1860’s, following Civil War period, former Georgia Governor Rufus Bullock purchased the Ocean House and reconstructed the property as a vacation resort and summer residence. Also known as Sisson Hotel, as noted on a 1870 Beer’s Map, it became a summer destination with twelve buildings on the property, including boat houses, a dance hall, barns, a farm, and of course, the main house. Unfortunately, during the great hurricane of 1938, many of the buildings were destroyed.

Governor Bullock held many parties and social functions and from the 1870’s until the turn of the 20th century, he sponsored an annual sailboat race, known on the pond as the “Ocean House Regatta.”  On top of the Ocean House there once stood a lovely old cupola which served as the viewing stand for the regattas. The races began and ended at a location on the pond called “Grassy Point” and consisted of a sail twice around the pond, a distance of about twelve miles.

Governor Bullock never sailed in the regatta, but always provided a prize, usually of silver or fine glass for the winner. Visitors to the Marina can view an inscribed  silver and pewter stein and butter dish presented to the regatta winners in 1874.

The Governor had an illustrious and contentious career.  Before the Civil War, Bullock was one of the leading founders and promoters of the telegraph system, and was head of a company that oversaw the telegraph lines from New York to Georgia.  He was elected Governor of Georgia in the Reconstruction Era and his defense of the national laws on minority voting rights caused such a blowback from the KKK and others in Georgia that he was forced to resign and flee the state.

Bullock later became President of the Macon and Augusta Railroad, founded the Augusta First National Bank, served as president of the Atlanta Chamber of Commerce and was master of ceremonies at the 1895 Cotton States and International Exposition, at which he introduced Booker T. Washington, who made his famous “Atlanta Compromise” speech which argued for education and due process of law for black citizens in return for political peace.

As in any business, employees are ones greatest asset, however here at Ocean House Marina we consider our team family and partners. Many have been with us for a decade or more. 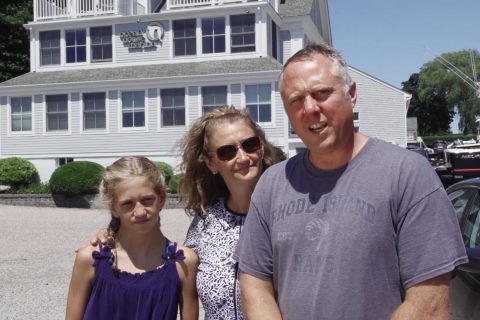 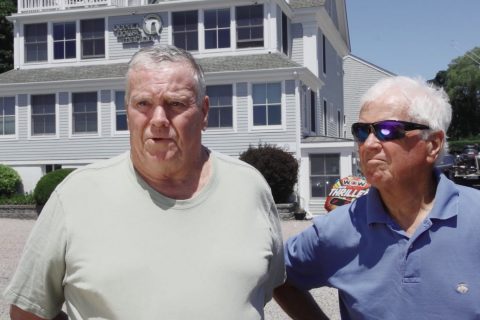 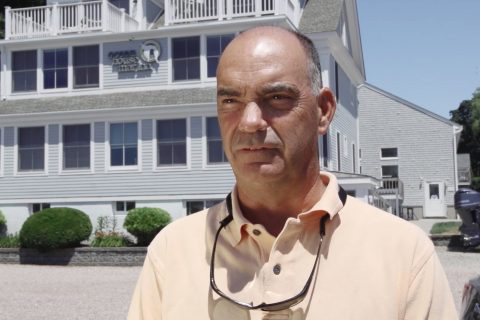